Holt featured in the Daily Telegraph 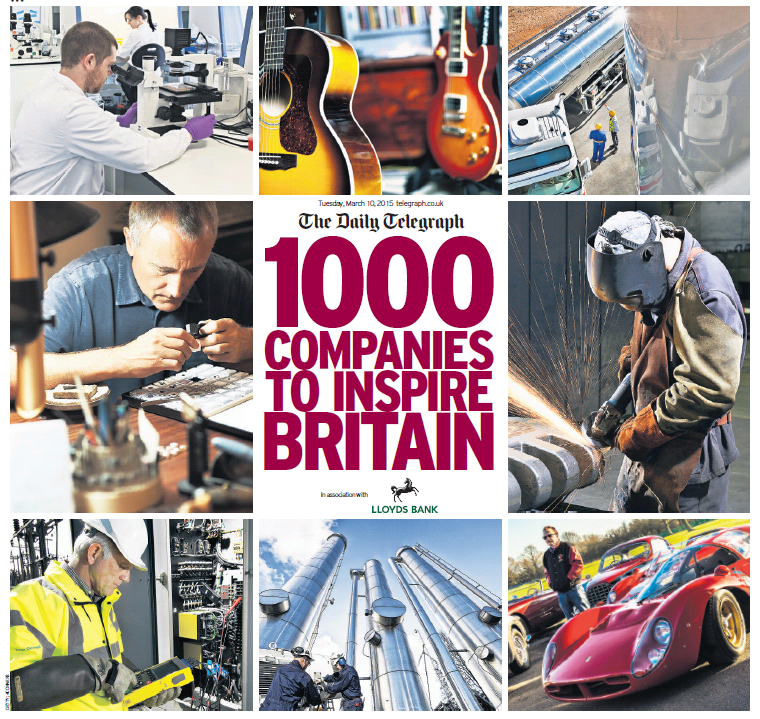 As you may have heard we announced yesterday that Holt Doctors has been listed as one of the top ‘1000 companies to inspire Britain’ in 2015. Following on from that, if you pick up a copy of The Daily Telegraph today you’ll notice a feature piece on Holt Doctors which sums up just how far we’ve come in the last four years.
For us, its always about providing a first class service and we would like to take this opportunity to thank all our doctors, hospitals and clients for your continued support over the years.

You can read the full article below:
Pain relieved for locum recruiters
Article written by Jenny Hirschkorn - published 10th March 2015
The experienced team behind Holt doctors is helping the NHS save taxpayers’ money.

If locum doctors are a fact of life in the NHS, then Holt Doctors is committed to making their recruitment as efficient and cost-effective as possible.

Central to the success of the company, which is headquartered in Skipton, North Yorkshire, is a wealth of experience and knowledge, brought together by directors Tracy Ward and Peter Gregory.

Their combined total of about 45 years in the field of medical recruitment surely makes them unique, and their willingness and wherewithal to embrace technology and innovation have been key drivers of the company’s growth.

Ms Ward and Mr Gregory were behind two of the country’s top three medical recruitment operators before acquiring Holt Doctors from its parent company, PHC Luton, in 2011.

''Peter started Medacs back in 1992 and I was ‘employee number three’ there. After four years, he sold out to Corporate Services Group and that business is now number one in the market for medical locums'', Says Ms. Ward.

In 2002, Ms Ward and Mr Gregory bought a small Darlington-based company, JCJ, and built it into a top-three player within four years, before selling it when the price and time were right.

It was this successful track record that attracted PHC Luton – a large nursing agency that, back in 2008, had an eye to invest in a doctors’ division and put it firmly on the map.

''We set out to provide a hi-tech, low-cost, high quality service, and that is what we are recognised for'', says Ms Ward, pointing to a powerful in-house development platform called LMS, which can be rolled out to clients, enabling them to manage their own locum recruitment process.

''So, for example, Central Manchester University Hospitals NHS Foundation Trust has seven hospitals and they all use our systems. They have complete visibility over spend and they know exactly who is on site. It is all centralised''. Each preferred supplier logs in to its own secure portal and LMS forwards doctors’ details electronically through the systems so that all CVs can be viewed in one place. What this means is that clients such as Barnsley NHS Foundation Trust, which has recently adopted the system, could save anything up to £600,000, or 12pc of its total expenditure on locum recruitment – cost savings that make Holt Doctors a very attractive option for clients. For a company that relies almost entirely on contract-based work, the ability to build long term relationships with clients and candidates for locum posts is vital, and here, too, Holt Doctors scores highly.

''Many of the people who have worked with us in the past have come with us, and that helped us to maintain a level of continuity in the services we provide'', says Ms Ward.

And it’s not just the company’s clients that are nurtured – candidates are highly valued as well. The company is about to introduce a programme to supplement candidates’ skills with additional training.

Since they took over the business, Ms Ward and Mr Gregory have taken revenues from £8m in 2011 to a projected £28m this year.

A place in the top three in the sectors would be nice, they say, but is not a goal in itself. Instead, they hope it will be a by-product of the first-class service that they offer their clients and candidates.
Previous  post
Next  post

Holt Doctors has 5648 jobs to offer